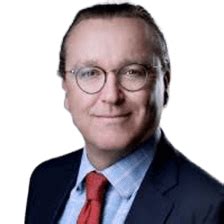 Rutger started his career as Secretary to the Board and Legal & Compliance officer with a boutique independent asset management firm in the Netherlands. His next career move brought him to Geneva where he joined a leading multinational fiduciary firm as head of the Fund Services team, he occupied this position for more than 7 years. He has also acted as  Head Legal & Compliance for a Geneva based fund management company and as the COO for an independent asset manager also based in Geneva.

In his career so far Rutger has gained extensive experience in dealing with regulators in different jurisdictions both onshore (EU and Switzerland) as offshore (the US, Cayman Islands and BVI), has succesfully applied for various licenses, amongst others, FINMA distribution license, fund management license. Has developed for several companies from scratch the compliance environment, including all the compliance directives. Has gained extensive knowledge on the operational side of running a company and has gained extensive knowledge in the incorporation of fund structures.

Rutger holds a Master degree in Law, Administration and Management from the University of Utrecht and is a certified compliance officer in the Netherlands. He is fluent in English, Dutch and French.